Your browser does not support JavaScript! Scaling Scrum - What People Are Not Talking About! - Scrum Inc

Scaling Scrum – What People Are Not Talking About! There was a lot of talk about scaling Scrum at Agile 2014. Here's a photo of Dean Leffingwell, creator of the Scaling Agile Framework aka SAFe, and me. People have a lot of opinions about scaling frameworks. Some love them. Some hate them. Alex Brown and I presented a way to think about scaling that would apply to any framework (or lack thereof).

The interest in scaling shows that Scrum is not just about pilot projects any more. It is implemented widely across companies and managers need to start dealing with it as their major responsibility - making their company agile. So they want to know all the details about what they need to do. And they keep on wanting to add things to Scrum to make it more agile. When I ask them "How is that working for you?" they tell me how hard it is to implement Scrum.

What is most interesting to me is what they don't talk about. Scaling Scrum means getting rid of stuff because everything in Scrum is just in time and just enough. Here are a few things that companies are getting rid of.

1. Microsoft is getting rid of test teams

Scrum means you deliver working software in short intervals. That means all testing is completed as part of development so you have shippable code. If testing slides out of a sprint and is done later we have found in the U.S. and Europe that for complex products it takes 24 times as long to test outside a sprint as inside a sprint. And the best companies today are doing continuous deployment, something we started at PatientKeeper a decade ago. Ancestry.com delivers 220 releases to production every two week sprint. Hubspot does 170 live production updates on a slow day. Google has 15,000 developers working on one code branch and runs 75 million automated tests a day. Even Microsoft has a 3000 person Scrum that delivers a production release of all development tool products at the end of every three-week sprint. Testing is core Scrum in these companies.

2. Spotify got rid of DevOps and dependencies between teams

Operations was slowing deployment so Spotify decided to have the teams do all deployment. All teams upgrade their component of the live system at the end of every sprint. And now they are moving to continuous deployment. They still have agile operations teams that provide tools and advice while staying out of the way.

In order to deploy faster, Spotify got rid of dependencies between teams so that they could be as autonomous as possible. Remaining dependencies they identify and manage carefully.

3. Systematic got rid of management meetings

A CMMI 5 company, Systematic delivers Scrum projects at half the cost of their waterfall projects. Customers have a choice. But Systematic is Scrum top to bottom with almost 2000 people, including the senior management team. At the beginning of last year, their senior management Scrum did a cost benefit analysis of all their meetings, which showed that only the standard Scrum meetings had a value which exceeded the cost. So they banned all meetings that were not Scrum meetings.

This is just the beginning of stuff to get rid of because any extra weight slows you down and increases cost. That's why, as a former fighter pilot, I really like the Saab Gripen. Every six months they use Scrum to build a new release of the jet aircraft operating system with new hardware that makes it faster, cheaper, lighter, more efficient, more powerful, with better electronics and more sophisticated targeting. Aviation week calls it the best aircraft in the world and Janes Defense Weekly calls it the cheapest aircraft in the world.

Getting lean is always the hard part. To get there, the best book I've read for agile managers is Musashi's Book of Five Rings - how the world's best swordsman won every fight he ever fought. A close second is Certain to Win: The Strategy of John Boyd, Applied to Business. Boyd was the world's greatest fighter pilot who won every battle in under 40 seconds. Scrum Inc.'s Alex Brown also has an in-depth workshop on Agile leadership.

Agile means faster, better, cheaper, cooler. So throw that old ballast off the boat when scaling and turn Scrum from slow, hard, and painful into fast, easy, and fun!

Insights From the Field: 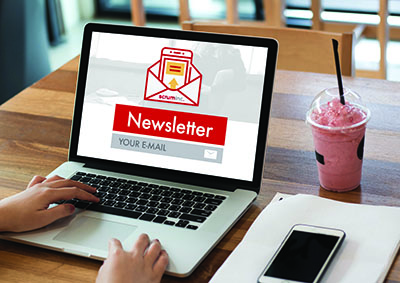 The market changes fast. Here’s how to stay ahead…

Join a community of over 40K+ subscribers who receive the latest in Scrum industry news, emerging thoughts and community updates from the Scrum Inc. Team.

You have successfully subscribed, welcome!